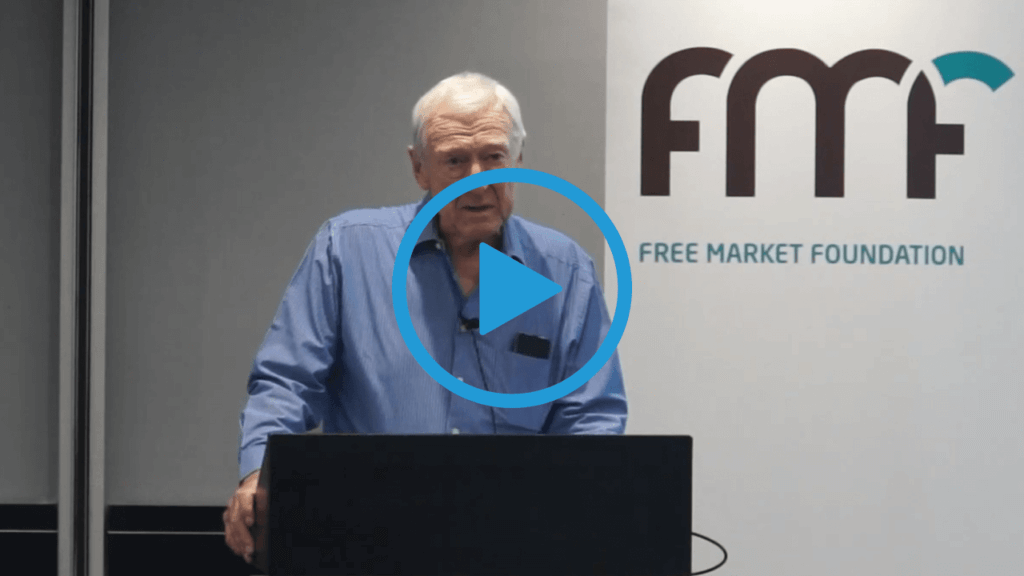 Rex van Schalkwyk is a former judge of the Supreme Court of South Africa. Rex was elevated to the bench at the age of 41, at that time one of the youngest appointments yet to that position.

As a judge he dealt with commercial litigation involving international corporations, one of which is still regarded as the longest and costliest trials in South African commercial law history.

With the introduction of the constitutional era he specialized in the area of constitutional law, until his resignation from the bench in 1996. His resignation was prompted by two matters of principle: the increasingly strident political attacks against the judiciary by members of the African National Congress government, and the heedless rush to make affirmative action appointments to the bench, regardless of qualification.

He has since retained his interest in the law by assuming appointments as an arbitrator in commercial disputes. Rex is the author of three books. The first is a philosophical/political novel titled Enigma’s Diary.

The second, published in 2009, is a factual economic, social and political assessment of the New South Africa (the begetter and repository of too many illusions) and the reasons why, in time, it is destined for failed statehood.

The title of the second book is One Miracle is not Enough. The third book, published in New York in 2009, is titled Panic for Democracy. This book analyses Joseph Schumpeter’s thesis that the “democratic bribe” will inevitably lead to the predominance of socialist political systems, and the unsustainable sovereign indebtedness that will result from those programmes.

Rex has also written numerous articles on the law, politics, economics and international finance, many of which have been published in Johannesburg’s leading daily newspaper, the Business Day.

“By way of opening remarks I want to deal briefly with the question of authority and obedience.

There’s a an English mathematician and philosopher by the name of William Kingdom Clifford, who made this insightful observation. He said there is one thing in the world more wicked than the desire to command and that is the will to obey.

What we’ve seen with the crisis of the past eight, nine months which was precipitated by the Covid-19 pandemic was precisely this phenomenon – the willingness to obey on the one side contrasted with the desire to command.

Various observations can be made from these two facts. The one most striking of all I think is that the two seem to feed upon each other. The greater the compliance, the craven desire or willingness to obey, the more strident becomes the voice of authority, and this I think can almost be expressed as an axiom.

It is unfortunately I think also a truism and an accurate commentary on human nature. If the person who is being bullied does not fight back, does not put up any resistance then the bullying will continue and will intensify, and what we’ve seen in fact over the past several months is an increase in political bullying.

We’ve seen it in South Africa which is perhaps not entirely surprising, but what is disturbing is that we’ve seen it in leading countries of democracy such as the United States, the United Kingdom, countries in Europe. Australia in particular and in particular the state of Victoria, which I think is perhaps one of the worst examples of authoritarian dictatorship which has been precipitated by the crisis.

On the other hand we also have the opportunists who’ve taken advantage of the situation in order to increase their influence and their ability to dictate their will.

In particular in this regard I’m thinking of one Klaus Schwab who is the organizer of the Davos – the Mutual Congratulation Fest that occurs in January or February of every year. He has spoken frequently about what he refers to as the Great Reset.

Now the thing that that one finds that all of the people who speak about the Great Reset have in common is that there are similar characteristics in in their vision of what lies ahead.

The one is inevitably I suppose a desire to dictate a new dispensation in regard to the climate crisis. In this regard one of the other proponents of a Great Reset, none other than Prince Charles, has repeatedly said that this is an opportunity for us as a world to undertake this this important reset in respect of the climate crisis as he calls it.

“On the other hand we also have the opportunists who’ve taken advantage of the situation in order to increase their influence and their ability to dictate their will.

Former judge of the Supreme Court of South Africa

Klaus Schwab has a slightly different emphasis. His emphasis is more upon the economic and the consequent ideal in his mind of equality, of worldwide economic equality, and this he recognizes can only be brought about as a result of some form of World Authority.

Now the first question that could that would naturally occur to one is by what authority does he speak? Whoever elected him to speak on behalf of what he perceives to be the future of the world?

Whoever authorized him to speak in such strident terms? Well the answer is he authorized himself. It seems to me from the bit of research that I’ve done, that that he initiated the idea of the World Economic Forum and from that has grown a hidden authority and that hidden authority is now beginning to make these ever more strident demands.

In this connection, I saw recently an article, in fact it was a video involving precisely these issues, and one of the visuals that was which was made available, was a visual of a poster a Soviet style poster which contained these words – “you will own nothing and you will be happy”.

Because liberty and the right to property go to hand in hand. So in fact what we have here is a Soviet style command. I don’t know upon whose authority that post was put up. The video didn’t deal with that, it simply showed it as part of the visual on, an analysis of what is what lies in the future in regard to this crisis which is now being exploited for ulterior purposes.

But what is quite obvious is that it is a consequence of the philosophy of the One World which is a philosophy which is at least 100 years old, and which included such notables as Bertrand Russell.

Now you will recall that Bertrand Russell was probably – almost certainly regarded as the foremost English philosopher of the last century. What he had in mind was that the world should devolve into a single World State, where everybody would be equal.

What we know from experience from observation, if not experience, is that this utopian ideal of a One World of equality, an egalitarian one world, inevitably goes hand in hand with totalitarianism and that inevitably gives rise to a total loss of liberty, of every conceivable liberty.

Betrand Russell was undeterred by any of this and in fact he was he was one of the English academics and intellectuals who really regarded the Soviet system with some admiration. Among others there was George Bernard Shaw who had a similar attitude in this regard.

This is what Bertrand Russell proposed. He said that what is required is that as this new systems, this Brave New World is set up, we will need to do a division of the world into different localities, not nations but localities which is based upon convenience and usefulness and utility and so on, and those localities will then be audited for population and for their requirements.

And this audit will then be placed on record and it will be form the ground rules of future behavior in regard to each of the localities and the individuals living within those localities. 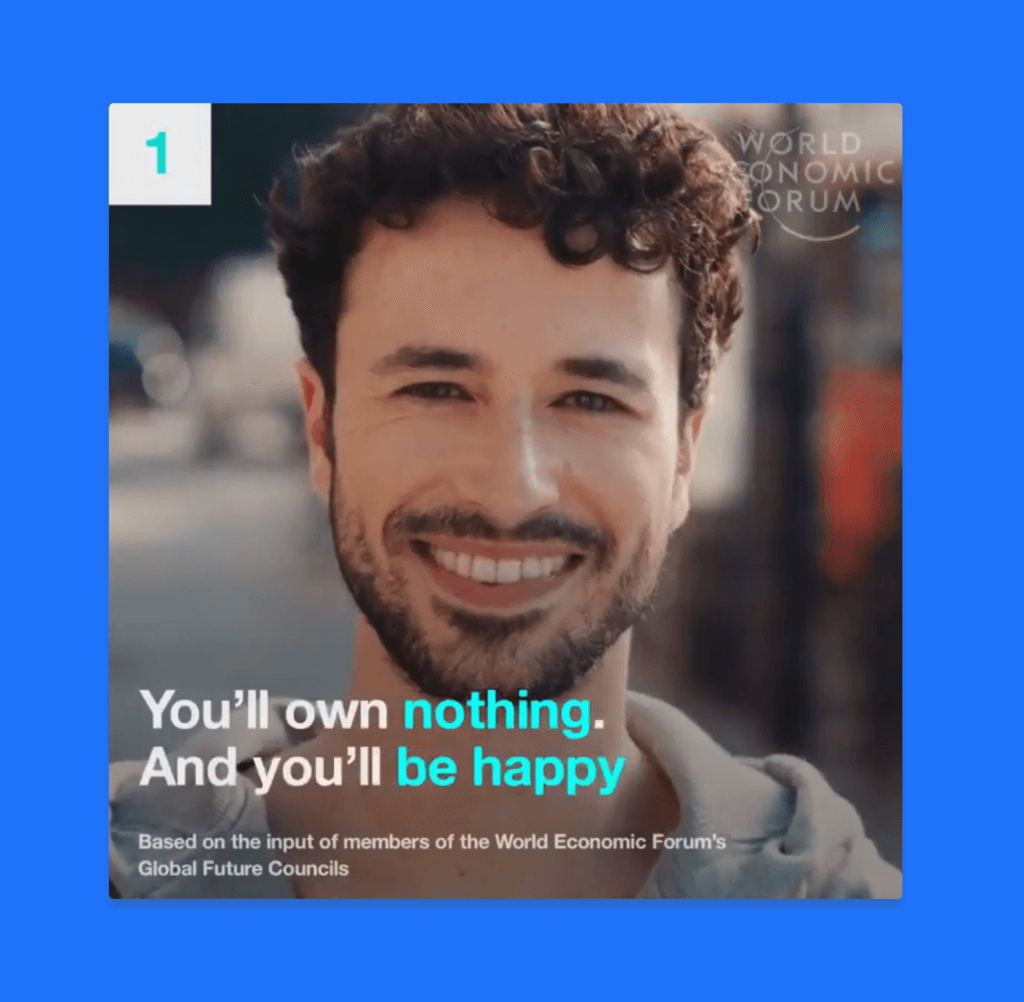 Then said Russell, that if any of these localities should exceed the assigned population growth rate for the various local localities over a given period of time, they would not receive more food on that account, they would receive the allocation which they were justly entitled to.

And therefore they would find themselves short of food. Well it wasn’t necessary for Russell to spell out the consequences of that iniquitous philosophy. What Russell had in mind was that each locality would be starved into submission or at least starvation was a perfectly legitimate device.

Now if anybody should think that this dystopian vision that I’ve sketched is too bad to be true, then just consider the situation in South Africa. Interestingly enough Cyril Ramaphosa and the NC have been perfectly candid about their program, about what they have in mind.

Former judge of the Supreme Court of South Africa

They haven’t hidden for instance the ideal for them of expropriation without compensation, they haven’t hidden any in any way at all in fact it’s been reaffirmed from time to time the demand for a national democratic revolution.

All of which is Marxist language, all of this is in fact written into their policies and they repeat these policies from time to time what is surprising is that people do not take these things more seriously and especially people in the media. The media should take seriously what the ANC seriously intends.

But unfortunately we find that this doesn’t happen, so the ANC operates according to the principle of two steps forward and one step back – well we know of course the Ramaphosa said that this is a process whereby the frog is boiled incrementally.

Of course the stage is reached when the when the frog expires and that’s the opportunity that the ANC is waiting for, the expiration of the of the boiling frog, and when that happens their policies will be fully implemented and nobody will be able to say we didn’t know because we did.

We knew because we were told, we didn’t have to we didn’t have to speculate about the prospect of expropriation without compensation or about the national democratic revolution. All of it was written down, because it was part of the policy, so therefore it is important that people such as those around this this group this this morning should do whatever they can and should influence as many people as possible into the understanding of just how sinister the outcome of all of this will be.

The problem with the democracy that we have is that those who can read don’t count, and those who can’t read don’t care. So inevitably the ANC finds itself on a path of victory no matter what its conduct which is why notwithstanding all the corruption and notwithstanding all the base unconscionable conduct of the various leaders of the ANC, they continue in power and are likely to continue in power for a while yet, I don’t say inevitably, and certainly not uh indefinitely but it is likely that they will continue to achieve victories as they did the other day, although that was the cost is not such a great victory, but they certainly managed to achieve success in a number of wards, so a word of warning what we need to do is to warn ourselves about the seriousness of the situation and about its imminence because when the frog expires the ANC will do what it has said it will do, thank you”

Source: ‘You will own nothing, and you will be happy” – Rex van Schalkwyk opening remarks’, https://www.youtube.com/watch?v=V_g3CwEbQtU (Free Market Foundation,  December 2, 2020)