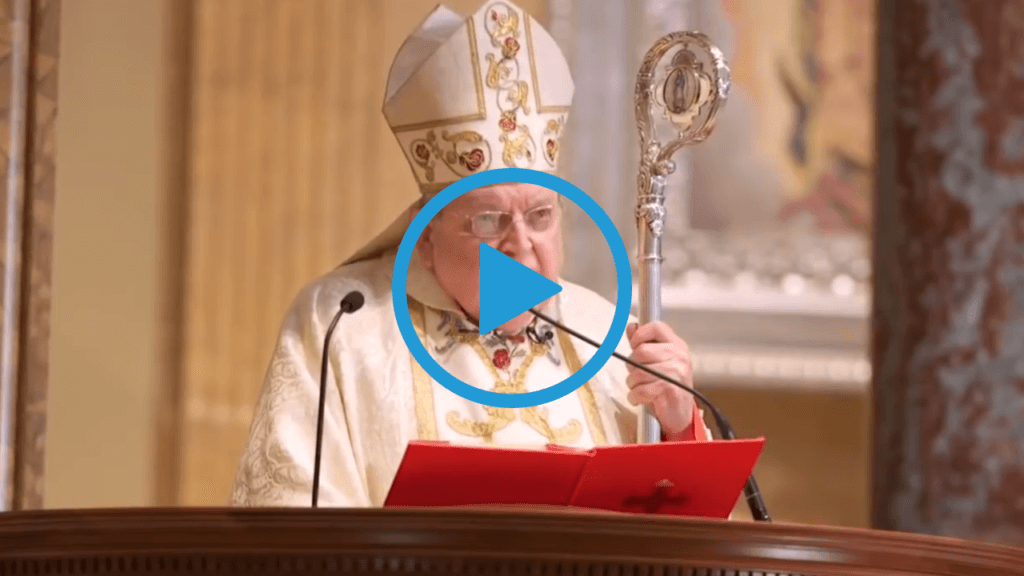 Great Reset and the Exploitation of SARS-CoV-2

I’m not affiliated with any religious group. I have minimal knowledge of Christianity. However it’s common knowledge that Western civilization has been greatly influenced by Christianity (including Roman Catholic Church, Protestantism, the Eastern Orthodox Church, and Oriental Orthodoxy). After all I celebrate the Christian calendar as does everyone else I know, religious or not.

Back on October 25 I was a touch concerned when I heard that Archibishop Viganò had written an Open Letter to Donald Trump that stated “A global plan called the Great Reset is underway. Its architect is a global élite that wants to subdue all of humanity, imposing coercive measures with which to drastically limit individual freedoms and those of entire populations. In several nations this plan has already been approved and financed; in others it is still in an early stage. Behind the world leaders who are the accomplices and executors of this infernal project, there are unscrupulous characters who finance the World Economic Forum and Event 201, promoting their agenda. The purpose of the Great Reset is the imposition of a health dictatorship aiming at the imposition of liberticidal measures”.

Blog to EmailJoin 7012 other subscribers
Information without censorship. One email, most days. No Spam.

A few days later I heard him speaking on BardsFM, he stated “The enemy, in reality, is no longer invisible. The web of corruption, pedophilia, child pornography, ritual homicides, and Satanic worship unites all – and I repeat, all – of these servants of the global elite. Even those who pursue only economic interests, in the end, know that their bosses in one way or another are involved in criminal trafficking and are friends with people linked to the occult and witchcraft – think of Marina Abramovic, for example – who in turn are celebrity endorsers of Bill Gates and the Rothschilds, are invited to parties with the Clintons and John Podesta, with the Obamas, or to Epstein’s island.”

Mainstream media didn’t really cover it, so I thought “odd” and forgot about it. But then two weeks ago I heard another high-ranking religious figure, Cardinal Burke speak about the danger of the Chinese Communist Party and the World Economic Forum’s ‘Great Reset’. I thought damn, that’s strange to have two in succession. Again I forgot about it.

In the past week, however, I’ve caught more religious leaders speaking against the Great Reset and the exploitation of SARS-CoV-2 to further nefarious agendas. So I thought I’d concatenate four such video clips.

Raymond Leo Burke is an American bishop and cardinal. He is known as a traditionalist and conservative religious leader, often disagreeing with the current Pope Francis. Cardinal Burke is considered the leader of the conservative wing of the Church. He was awarded two honorary doctorates in humane letters by two US Catholic universities – Ave Maria University and Christendom College.

Father Trevor Burfitt is an American Catholic priest. In September 2020 he filed a lawsuit against Californian governor Newsom for imposing unreasonable lockdown restrictions and won the case with the judge issuing an injunction protecting the churches he is overseeing from COVID-19 restrictions.

Carlo Maria Viganò is an archbishop of the Catholic Church who served as the Apostolic Nuncio to the United States and as Secretary General of Vatican City State. He is most known for being a part of two major Vatican scandals – in 2012 he revealed financial corruption in the Vatican, and in 2018 he accused Pope Francis and other religious leaders in an open letter of covering up sexual abuse allegations. While he served as Secretary General of the Vatican, he reformed their finances and turned a budget deficit into a surplus.

Praise be Jesus Christ. We come to our lady of Guadalupe on her feast day with troubled and heavy hearts. Our nation is going through a crisis which threatens its very future as free and democratic, the worldwide spread of Marxist materialism, which has already brought destruction and death to the lives of so many and which has threatened the foundations of our nation for decades. And now seems to seize the governing power over our nation to attain economic gains.

We as a nation have permitted ourselves to become dependent upon the Chinese Communist Party and the ideology totally opposed to the Christian foundations upon which families and our nation remains safe and prosper.

I speak of the United States of America, but evidently many other nations are in the throws of a similar most alarming crisis. Then there is the mysterious Wuhan virus about whose nature and prevention, the mass media daily give us conflicting information. What is clear, however, is that it has been used by certain forces, inimical to families and to the freedom of nations to advance their evil agenda.

These forces tell us that we are now the subjects of the so-called Great Reset, the new normal, which is dictated to us by their manipulation of citizens and nations through ignorance and fear. Now we are supposed to find in a disease and its prevention the way to understand and direct our lives rather than in God.

I don’t know about you, but I am tired of being lied to with the ever-growing tyranny that is passing this great land of ours and throughout the world, the pandemic of fear.

People ere not interested in objective truth anymore. Rather they’re interested in the opinions of the officials or opinions of television shows or whatever. It might be. NBA players, whatever. But as one author says for everywhere, I turn, I meet people who are no longer thinking and acting rationally who cannot see the contradictions in front of their noses, who have handed to their unelected chief medical officer’s infallible control over their lives.

And then the good French Bishop Mark Elliott says, fear is not a good counselor. Fear leads to ill advise attitudes. It sets people against one another. It generates a climate of tension and even violence. And then he says, we may be on the verge of an explosion, you know, during a liturgical season, which is supposed to be focused on joyful anticipation, the joyful anticipation of the coming of the Lord.

But we know that if you look for happiness, apart from God, it will lead to loneliness. It will lead to fear, to sorrow. And I believe that’s why so many people are in sorrow today.

So instead of looking at Jesus, who is the saving truth, that will bring us the joy and peace we are looking for. We look, we look to politicians, we look to elections. We look to scientists and powerful billionaires who have all the answers to our problems. Some of these billionaire globalists are you Genesis.

They’re very much into population control. They’re very much into abortion on demand. These eugenicist who have been promoting abortion clinics as a necessary essential service, remember on a daily basis, there are 100,000 abortions daily, worldwide during this pandemic. And nobody wants to talk about it, but it’s true.

It’s a fact it’s objective truth. And these people say that our church liturgies are super spreaders. So they want our churches closed. For example, churches in big cities that may see 1000 people, are only allowed to have 25 or 30 people because somehow people gather for religious services or liturgies are super spreaders because you see religion is not essential to these great minds. They have made our lives as priests. I must say pretty difficult.

You know, when the crisis started back in March, our main work as the fathers of mercy, our preaching parish missions and retreats, that is where we get our major income and they cut that off from us. They cut the income off of us, but even more importantly, they cut off our ability to reach out to people, our ability to touch people with Christ’s mercy, to give them the sacraments.

And yet we know as believing Christians and believing Catholics, that there is nothing more important than our spiritual health. Nothing. One of our priests was in an accident during the summer and he went to the emergency room and the emergency room would not let me in, tell him, let me tell you. I was one frustrated. They would not let me in. I was in the parking lot for five hours before they finally let me in for five minutes to anoint him.

And then they told me I had to leave again. There’s something wrong with this picture. I would say that the medical world has changed so much in the last 35 years or so before I joined the fathers of mercy, when I was studying to be an EMT, I remember our instructors teaching us the future EMT, the importance of spirituality and the healing of people. This is in New York.

It’s the diabolical disorientation that Our Lady spoke about it at Fátima. You know, she warned us and many didn’t want to listen to her, but she told us how these errors of communism would spread throughout the world. And that’s what we see today with the socialization of socialism in society, communism very outward. Now they hardly liked them. Hardly think that I didn’t know. Um, and that’s what’s really happening is this sort of devouring – – Satan himself, thinking he’s gaining ground.

We see heads of nations and religious leaders pandering to this suicide of Western culture and its Christian soul. While, the fundamental rights of citizens and believers are denied in the name of a health emergency, that is revealing itself more and more fully as instrumental to the establishment of an in human faceless tyranny, a global plan called the great reset is underway. It’s architect is a global elite that wants to subdue all of humanity, imposing coercive measures with which to drastically limit individual freedoms. And those of entire populations in several nations.

This plan has already been approved and financed in others. It is still in an early stage behind the world leaders who are the accomplices and executor’s of this infernal project. There are unscrupulous characters who finance the world, economic forum and Event 201, promoting their agenda.

The price of concessions from the international monetary fund will be the renunciation of private property and adherence to a program of vaccination against COVID-19. And COVID-21 promoted now by Bill Gates with the collaboration of the main pharmaceutical groups beyond the enormous economic interests that motivate the promoters of the great reset.

The imposition of the vaccination will be accompanied by the requirement of a health passport and a digital ID with the consent. I’m sorry, with the consequent contact tracing of the population of the entire world.

Those who do not accept these measures will be confined in detention camps or placed under house arrest and all their assets will become confiscated.

Mr. President, I imagine that you are already aware that in some countries, the great reset will be activated between the end of this year and the first trimester of 2021 for this purpose further lockdowns are planned beloved.

I’m telling you they have nothing to do with COVID it’s simply world control for the lockdowns are planned, which will be officially justified by a supposedly second and third wave of the pandemic.

You are well aware of the means that have been deployed to sow panic and legitimize draconian limitations on individual liberties, artfully provoking a worldwide economic crisis in the intentions of its architects. This crisis will serve to make the recourse of nations to the great reset irreversible.