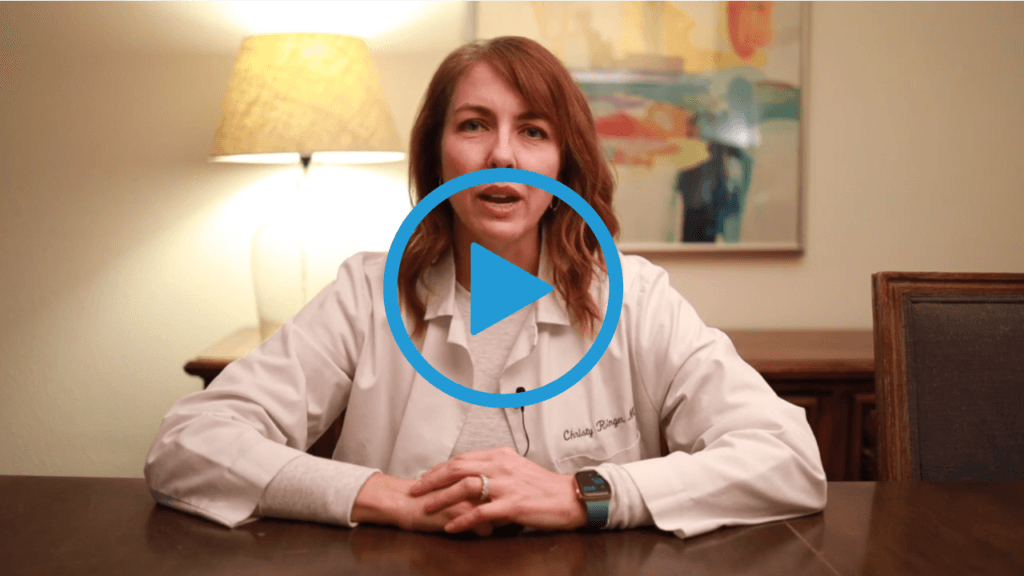 Dr. Risinger is an internist in Austin, Texas. She has been working at the Seton Community Clinics since 2006. She attended Georgetown University School of Medicine and completed her Internal Medicine Residency at Providence Portland Medical Center in Portland, Oregon.

At present she’s providing information to the public on ivermectin in the hope that they will sign a petition, imploring the NIH and WHO to review the emerging evidence regarding ivermectin.

Unfortunately her earlier video “Ivermectin – A Game Changer for COVID-19?” was censored by YouTube.

Hi, and welcome to another edition of your health with Dr. Christie. My name is Dr. Kristie Reisinger and today we’re going to continue to talk about ivermectin.

To my shock and dismay. The previous video I published on December 22nd about ivermectin was taken down by YouTube, but because I think this information is important. I’m again, publishing a video about ivermectin, but I want to clearly state that I am not recommending that anyone take ivermectin at this point, I’m simply giving people data and information about the studies that are available now to allow the public to understand more about this medication and with the hopes that they will sign a petition, imploring the NIH and WHO to review the emerging evidence regarding ivermectin in order to give updated guidance to physicians after hearing the evidence, if you would like to sign the petition, please see the link below in the description.

Ivermectin has been gaining popularity both as a preventative treatment for COVID-19 and also as an immediate treatment after exposure to COVID-19. There’s also been some studies about using it during admission in the hospital, but I’m going to focus today’s edition just on using ivermectin for prevention or prophylaxis against COVID-19.

I first heard about using ivermectin in these capacities based on the work from Dr. Paul Merrick at the Eastern Virginia medical school. I used some of this data on a prior video, when I discussed using vitamins to possibly prevent COVID-19.

Today, we’re going to focus specifically on ivermectin and the possible prevention of COVID-19. After looking at the data on ivermectin, I’m excited and encouraged by some of the data I’ve seen. But once again, I want to state that I’m not advocating its use at this time. I’m advocating that the NIH and WHO use its influence and power to look at the data that’s available to provide guidance to physicians.

Ivermectin has traditionally been used for over 40 years as an antiparasitic, but it’s also known to have antiviral properties as well.

But let’s move out of the lab and talk about studies in humans. The first study that really caught my eye was out of Argentina. This study first started by using a combination of topical nasal carrageenan, which is a natural thickening agent used in foods and oral ivermectin drops to see if they would reduce SARS-CoV-2 infection and healthcare workers, combination therapy of ivermectin and carrageenan called IVERCAR consisted of sprays of topical carrageenan into the nose and mouth followed five minutes later by drops of ivermectin onto the tongue.

This dosage schedule was repeated multiple times a day for 14 days and a total of 229 health personnel were recruited for this study. 98 were within the control and used PPE alone, and 131 received IVERCAR treatment.

Now, I wasn’t sure what to do with this data since I don’t have familiarity with carrageenan or oral ivermectin drops, but as I read on, I realized they also did a second part to their study in the second part of the study, a total of 1,195 healthcare workers were recruited from four major hospitals in Argentina, and they changed the protocol so that the study arm used oral carrageenan and ivermectin tablets given at a dose of 12 milligrams once per week at the end of the study, none of the 788 volunteers treated with IVERCAR tested positive for COVID-19 during the three month study period, but 58.2% or 237 of 407 in the PPE only control group tested positive for COVID-19.

I think these results are amazing. And I think this study was well done.

The next study is out of France. This is an observational study, which means they’re simply looking back at a possible connection between an intervention and an outcome. One nursing home in France had a scabies outbreak, all 69 residents and 52 staff were treated with ivermectin, which is a common treatment for scabies.

They found that during this period, seven out of 69 or 10% of the residents became ill with COVID-19, but only one resident needed oxygen. And none of the residents died. And these were high risk patients who had an average age of 90 years old. They then looked for similar nursing homes close by that had not used ivermectin in the same timeframe. And they found that about 23% of the 3062 residents had become sick with COVID-19 and 5% had died.

Now the limitation of this study is it is an observational study, and there can be lots of variables that could have caused that one nursing home to have more survival and less severe cases than simply giving ivermectin alone.

But it helps to generate a hypothesis.

The next study that caught my eye was out of Egypt. In this study, they evaluated ivermectin both for the treatment of mild to severe COVID-19 and for the prevention of COVID-19 infection and household contacts and healthcare providers compared to using only PPE. There were a total of six groups studied, but we’re going to focus our attention on groups five and six. In group five, there were 100 health care or household contacts of a known COVID positive person. And they received a single dose of ivermectin based on their weight, which was repeated one week later, along with a recommended PPE.

In group six, there were 100 healthcare or household contacts of a COVID positive person, but they did not receive any ivermectin.

Now one disappointment for me with this study is that the results from groups five and six were vague. And the data wasn’t clearly given. I was left asking several questions like how long were these people followed and how many people in each group were interacting with severe COVID positive patients versus less severe patients in the home.

And did they test the people in the group to see if they had a symptomatic infections or did they only test those with PCR testing when they had symptoms? There was a lot going on in this study with so many groups. So I think the prophylactic arm of the study was not given the attention it was needed.

So while this study has some flaws to it, it does raise some intriguing findings.

And finally, the last study is an interesting population-based study that looked at countries that routinely deploy ivermectin to treat parasitic disease. As I mentioned previously, ivermectin has long been used to treat parasitic diseases in continents like Africa and the scientists who developed it even won a Nobel peace prize in 2015, for the positive effect this medication had on world health.

So the theory was in countries that routinely use ivermectin to treat its populations for parasites, is there less incidents of COVID-19 and what they found was yes. In Countries that use ivermectin, there are less COVID-19 infections, but one caveat to this is that the results are only as good as the data you receive. So of course, this study depends on the data on COVID-19 positivity being accurate. And we all know how difficult this can be, especially in countries with less resources.

I’m assuming one way the researchers try to eliminate some of this was by separating out the data just from countries, from the continent of Africa. And when they split the data out, they still found this to be true. There was less incidents of COVID-19 in African countries that routinely deploy ivermectin to treat parasitic disease compared with other African countries that don’t.

The authors of this paper acknowledge that the theory that ivermectin has a prophylactic effect against SARS-CoV-2 is based on strong correlation, suggesting there is a causal connection, but they hoped that their study may “serve as an invitation to further investigate and consider ivermectin as a potential prophylactic against COVID-19”.

But we’ve also seen this same population effect of ivermectin in other countries, such as Peru, Mexico, Brazil, and Paraguay in cities or regions that deployed widespread use and adoption of ivermectin, the FLCCC Alliance evaluated epidemiological data from these countries.

And data has shown that these cities or regions have had less cases of COVID-19 and therefore less deaths from COVID-19. And this data is more compelling, I think because the data is collected from one country with a similar population and data collection system.

So as we end today’s episode, that’s what I want to leave you with. There is some exciting data about ivermectin, both to prevent and treat COVID-19 and it’s time for governmental agencies like the NIH and WHO to take the lead and evaluating the available data and give guidance on how and when ivermectin should be used. If you agree, please sign the petition.

The link is in the description below. If you would like to read an excellent summary statement, showing all of the available data on ivermectin, use both prophylactically in post-exposure and in mild to severe hospitalized COVID patients. I encourage you to visit FLCCC.net and search for the article and ivermectin.

I’ve also linked the document in the description below. Thanks again for joining me.